We already expect the BeerBazaar Brewery (in Kiryat Gat) to be producing beers which are flavorful and additive-full; beers that send the Reinheitsgebot for a loop.  Here we have three more, with added ingredients including chestnuts, cocoa, coffee, vanilla, blueberries and currants.  Sounds like it would make a tasty dish even without the beer.

These beers are brewed in limited quantities, so they may not be currently available at the BeerBazaar outlets and online store.  But experience has shown that they probably will be re-issued sooner or later.

I called together Mike and Manny from the IBAV Tasting Team to give us "the people's voice" about these beers.

The first up is called Armon HaMelech, a play on Hebrew words which means "Chestnut the King," but when spelled with one letter different means "Palace of the King."  But this is a blog about Israeli beer, not Hebrew syntax.

Armon HaMelech is called a Chestnut Brown Ale, and indeed it does have the requisites for a Nut Brown Ale.  First of all, the color is really chestnut -- clear red-amber with an off-white head that quickly dissipates.  There are aromas of caramel malt and raisin bread, with a sweet and nutty after-aroma (don't know what else to call it).  The taste is basically sweet, hiding behind pretty distinct flavors of hazelnuts and cream.  If you're looking for chestnuts, you will find them.  The mouthfeel is creamy with a little tingle, and the finish is short and bitter-sweet.  Alcohol by volume is 5.5%.

I enjoyed Armon HaMelech more than most, full of moderate though pleasant sensations.  I feel it would accompany a wide range of food, including spicy and hearty dishes, aged cheeses and pastry desserts.

Ooga Ooga (which means "cake cake" in Hebrew and is also the start of a popular children's ditty) is called a Pastry Sour Wheat.  At a very sessionable 3.9% ABV, it's made with additions of blueberry and currant purees, wheat, and lactose (milk sugar).

"Then why does it smell and taste like raspberry?" asked Mike.  Good question.

Even the color is closer to raspberry than blueberry or currant:  A kind of a puce (pink and brown).

"This is a very pleasant drink," said Manny.  "Very refreshing fruit with a light sour aftertaste.  But I ask again: Should it be called beer?"

Mike also thought it was a delicious drink, but found the name very misleading.  "It has nothing to do with cake or pastry, and it's hardly sour.  If I just had to go by the name, I would never had bought it."

We all gave a big thumbs up for Ooga Ooga -- for the drink it was; not for what it said it was.

Aphrodisiac, on the other hand, got it just right.  It's a 5% ABV White Stout, brewed with coffee beans (from Tamati Coffee in Tel Aviv's Carmel Market), cocoa beans and vanilla beans.  Not a beer style you often find, White Stout surprises you by looking like a hazy Amber Ale but hitting your palate with stout flavors like coffee, chocolate and roast.

The roasted coffee aroma was dominant, while the taste also included healthy amounts of chocolate.

"I'm not a big fan of stouts," Manny interjected, "but I love this beer's coffee-chocolate finish."

"I am a fan of stouts," countered Mike, "but this is more of a cocktail than a beer.  Still, they got the taste right, so that's some success.

"But I don't think that this Aphrodisiac would turn on a female friend." 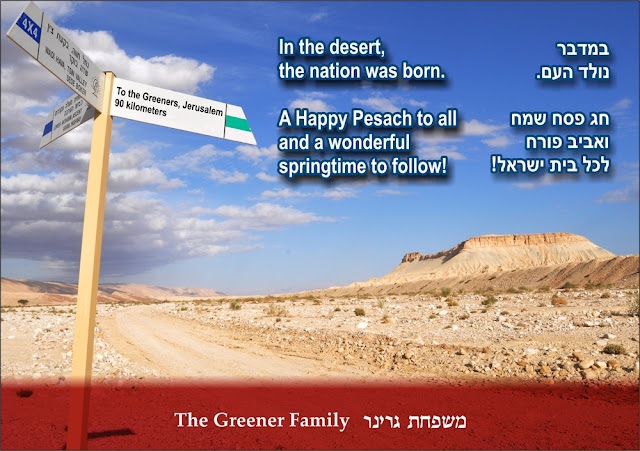 After dodging the sneaky virus for, what, two-and-a-half years, it finally caught up with me at the start of April.  The Shabbat of Amitai's bar mitzvah was ending and I started to sneeze and cough.  Over the next few days, it only got worse.  A sore throat developed along with a nagging wet cough day and night.  I slept for only a few minutes at a time -- in the best case.  A home antigen test and a professional pcr test confirmed what I already knew.

Most of the worst symptoms are now behind me, but the one that persists is bad news for a beer blogger.  My senses of smell and taste are compromised.  There's been some improvement here as well, but I won't begin doing tastings until I feel that my nose and palate are pushing 100%.

In the meantime, new Israeli craft beers have been piling up and I apologize for that.  As soon as I can, I will join some of the IBAV Tasting Team members to unblock the logjam to bring you background information and reviews of some recent brews.

In addition, I've been gathering pretty much all of the new Israeli beers that were introduced at last month's festival in Tel Aviv.  The Tasting Team will get to all of these as well.  I'm talking only about those beers which have been bottled and are available to the general public.  These include beers from Nomads, BeerBazaar, Srigim, Shevet, Hatch, Malka, Herzl and HaDubim.

Another project for after Passover is to finally get to the Schnitt Brewpub in Tel Aviv with photographer Mike Horton and do a proper article on this craft beer mecca that has been causing such a stir.  No problem with Schnitt having new beers since they are always being brewed right on location.

Assuming that my smell and taste are back to where they should be, all this begins right after Passover.

This year, Passover and Easter fall on the same weekend, so the old blogger and all the family have a special opportunity to wish you and yours a very happy holiday and a wonderful springtime to follow!