Corroborating the collaborations: Kabir and Beral'e 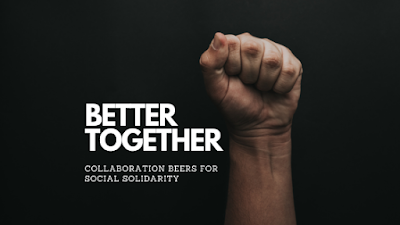 Israeli craft breweries, while more collegial than competitive, have not done many collaboration beers.  That's when two or more breweries bring together their ideas and talents, abilities and facilities, to produce a jointly made beer.

In the greater world of micro-breweries, beyond the borders of Israel, collab beers are very popular, a sub-category which attracts the attention and affection of many craft beer lovers.  The collab beers themselves are not always better than the products of the individual breweries, but they always have a story which inspires the imagination and intrigues the taste buds.

A few Israeli breweries have collaborated with their foreign counterparts to make collab beers, beginning with Herzl Brewery in 2016, with a German craft brewery.  Then there was Dancing Camel with another German brewery or two, and Alexander with Mikkeller.

If we can collaborate with foreigners, why can't we among ourselves?

Well, we are.  It was with some fanfare that not one, but two Israeli collaboration beers have been brewed recently.

The first is Kabir, a Czech-style Pilsner, introduced for Israel Independence Day -- a joint venture of Six-Pack Brewing (Super-Heroes Beer) and HaGibor ("The Hero").  What do you get when the Hero and the Super-Heroes combine their powers?  A heroic beer!

Kabir means "great" in Hebrew and Arabic and was the name of a brewery opened in 1942 in Bat Yam.  Although Pilsner is not a very usual choice for craft breweries, it was the style most preferred by British and Australian soldiers during the Mandate period.   The brewery site later became a post used by the Hagana (Jewish forces) during the War of Independence -- explaining why the beer was introduced for Independence Day.

Eyal Noam, a brother/partner in Six-Pack Brewing, explained that they, "wanted to make a collab beer to recall the unity in difficult times, when Israel was struggling to establish a state.  We found the ideal partners with HaGibor owner Eran Grunwald and Brewmaster Omri Zilberman, and together we developed the beer."

Any beer being called a Czech Pilsner (the "original" Pilsner) should be well balanced with bready, biscuity malts and spicy hops.  The finish should be clean and crisp.

Kabir measures up.  A slightly hazy, golden-yellow color, it's topped with a thin head that leaves decorative lacing on the glass.  My drinking partner Moshe and I got fresh smells of yeasty bread and grass, along with some citrus.  The taste was malty, punctuated with lemongrass and pepper spice.  Moshe found some peach flavor in there as well.  The body is on the light side, good for a Pilsner, and the alcohol by volume is also a moderate 4.8% -- just right when having more than one.

Kabir is a well-made and balanced Pilsner lager.  Whether you're familiar with the style or not, here's your chance to try an excellent Israeli-made version.  I hope that the Hero and the Super-Heroes can continue their collaborative efforts to give us more such fine beers.

The other collab beer is called Beral'e, a Brown IPA, a joint effort between HaDubim Brewery ("The Bears") and Chalutz Chadash ("New Pioneer"), the specialty beers made by Gilad Ne-Eman of Beersheva.  Beral'e is brewed at the BeerBazaar Brewery in Kiryat Gat.

Beral'e was the nickname of Berl Katznelson (1887-1944), farmer, journalist, editor and one of the intellectual founders of Labor Zionism.  His portrait gazes out from the label.

Brown IPA is a recognized beer style, but I believe this is the first brewed in Israel.  Four hops were used in this beer: Hallertau Magnum, Amarillo, Citra and Simcoe.  The brewing guidelines say we should expect the bitter hoppiness of an American IPA, combined with malt flavors associated with American Brown Ale: Caramel, chocolate, toffee and/or dark fruit. 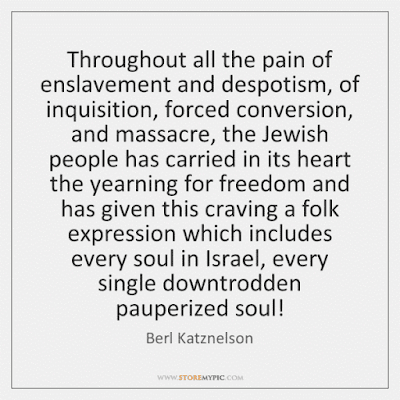 Beral'e pours out a dark amber to brown color, slightly hazy, very bubbly with a fast dissipating head.  Pine, citrus and roasted malt were in the aromas, but in a sweet way.  The taste was very bitter (according to the label, 35 IBUs -- International Bitterness Units), and the flavors were redolent with grapefruit, some bread and chocolate.  The mouthfeel is pretty thick, astringent, with the carbonation exceeding the creaminess.  Alcohol is 6.1%.

As far as I'm concerned, Beral'e pulls off the IPA-Brown Ale hybrid in an excellent fashion.  You get both sides, and you get them distinct and clear and delicious.

So, if Kabir and Beral'e are what we can expect from inter-Israeli collaboration beers, bring 'em on!