This is meant for all of you who love beer festivals – AND for those who have never been to one. If you live close enough to attend the Jerusalem Beer Festival ("Ir Habira") on August 28 or 29,  this is your golden opportunity to try something new.

You say you don't like beer?  That's no excuse.  Beer festivals are so much more than beer – at least this one is.  You get the music, the food, the ambiance of Independence Park, the beautiful people, the smiles of a summer night in Jerusalem.

And you get beer completely unlike the beer you don't like.  That is, craft beer, micro-brewed with quality ingredients and the personal touch that give it far more and far better taste than the lagers made by Israel's two industrial brewers. 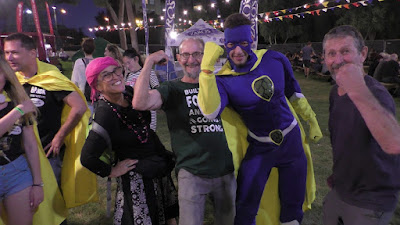 Among the 120 beers that you can taste at the festival, there will be bitter ones and sweet ones, dark and light, strong and mild, sour and fruity, citrusy, spicy, and some made with vanilla, chocolate, coffee, fruits and other natural ingredients.

For example, the Oak & Ash Brewery in Tel Aviv will be pouring their new Coco Porter, a strong, dark and roasty beer brewed with coconut.  Ifshi (Aramaic for "I can do it") is a new brewing venture by two young men from Kochav Hashachar.  They will be offering their Oatmeal Stout, made with tequila and honey.  Don't pass it up. 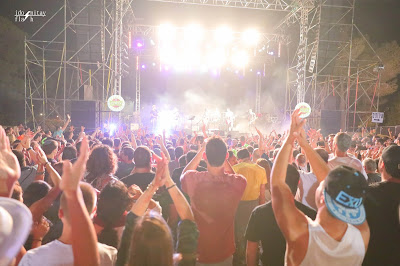 The Malka Brewery is also presenting a new beer: Smokin, a pale ale with a light smoky aroma and taste achieved by using smoked malt.  Lemongrass is the name of a new beer from the Negev Brewery which will be available at the festival.  It is Negev's Oasis beer infused with lemongrass to give it a lemony, spicy touch.

The Emek Ha'ela Brewery from Srigim is bringing a keg of their excellent Belgian Tripel beer, racked up to 11% alcohol from its usual 9.2%.  Belgian tripels are strong beers, a bit sweet from the malt and low on hop bitterness. 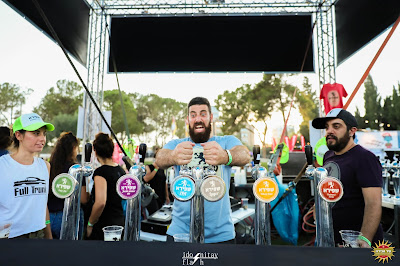 There will be other Israeli craft breweries at the festival as well.  Look for Shapiro, Ronen, Jem's, Six-Pack (Super Heroes), Isis (which took its name from the Egyptian goddess long before the Islamic State was on the scene), Barzel, HaDubim, Lela, HaGibur, and others.  The Beer Bazaar, a brewery and chain of six pubs, will be selling beers from its new Gypsy beer truck, a mobile pub.

Foreign beers will not be lacking at the festival, as the major importers will take the opportunity to introduce their beers to the Jerusalem public.  Dozens of foreign brands will be flowing, including of course beers from Germany, Belgium and Britain.  But there will also be Chang Beer from Thailand, Kirin from Japan, Cesu from Latvia, Blanc, a citrusy wheat beer from France, and the original Budweiser from the Czech Republic. 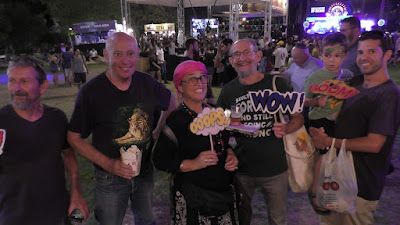 By the way, Budweiser will be using a new tap system for the first time in Israel, the Antoine Speedtap from Belgium.  This amazing invention utilizes four spigots and can fill 48 glasses of beer a minute!  It's good to know it's around when the crowd begins to clamor for their beer.
If you want to try something different with a flavor kick, look for beers brewed with fruit and fruit juices.  For example, the Stiegl Brewery from Austria will be serving its Stiegl Radler Grapefruit, low in alcohol but high in tangy fruit flavor. 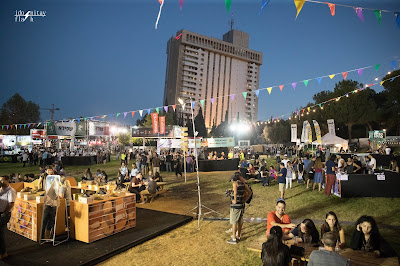 From the Belgian De Brabandere Brewery comes Petrus Aged Red, a sweet and slightly tart beer made with ripe cherries.  Another cherry beer from Belgium is Barbe Ruby, made by the Verhaeghe Brewery.  This one has the tastes of almonds and light sour cherries.
A beer festival also has to have food and music, and in Independence Park there will be food trucks and stands with meat, vegetarian and vegan dishes, including, I'm told, vegan hamburgers. 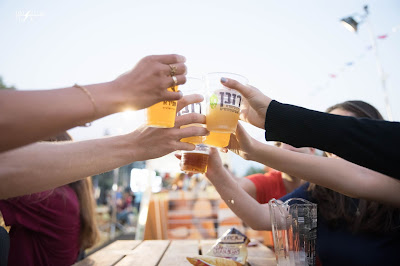 Live bands will provide the music on both nights.  Wednesday will feature Liron Amram and the Panthers, Arutz Hakibud, and Tuna.  On Thursday, Tal Friedman and the Fat Cats, Adi Ulmanski, and Hatikva 6 will take the stage.  Music helps set the scene at any beer festival, but in my experience, once it starts (at around 9:00 p.m. or so), the volume makes polite conversation very difficult.

Eli Giladi of Giladi Productions, the organizers of the festival, said that this will be the 15th annual Jerusalem Beer Festival.  "Since 2004, more than a quarter of a million people have attended our festival.  Our unique mix of incredible beers, excellent live music, the special air of Jerusalem, and a great crowd of people you can't find anywhere else in Israel – have given us an international reputation." 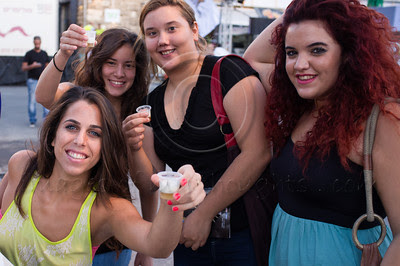 In fact, recent online research of major beer festivals around the world revealed that the Jerusalem Beer Festival is in the top 20 in terms of attendance.
If you are attending the festival for the first time – or for the 15th time or any number in between – here are a few tips to make your experience even better.

● Get there and go home by public transportation or with a designated driver.  Even little tastes of beer can add up and leave you unfit to drive. 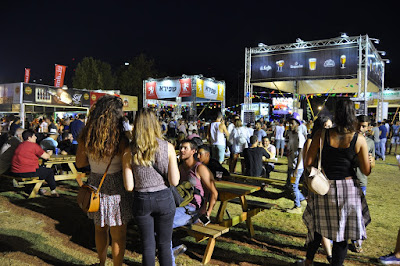 ● Drink water and eat before and during the festival.  Food in your belly slows the absorption of alcohol and staying hydrated is very important while you're consuming alcohol.  It also helps your taste buds to have a sip of water between beers.

● Spend a few minutes reconnoitering before you start imbibing.  Walk around and see which beers and other products look interesting, and then start slow and stay slow.  Talk to the brewers or the servers about the beer you're having.  They kind of like that.  You're not here to guzzle down your beers, but to enjoy them. 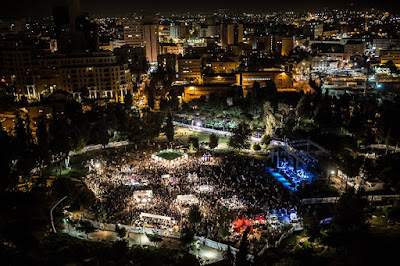 ● You don't have to drink everything you see – but this is a great opportunity to try styles you've never had before, not just the beers you know and like.

● And finally, if you are a newcomer testing the water, here are some tips to beers you might like, based on your own taste preferences:

If you go for roasted marshmallows – then dark and roasty beers like stouts, porters and brown ale may be just right for you.

If you're a fan of butterscotch and sweet candies – you'll probably like malty and sweet beers like Belgian pale ales, dark lagers, Irish Red ale and Scottish ale.

If you prefer any smoked food – you're a natural for smoky beers or Rauchbier, as they are known.

Those of you who love desserts with fruit – should choose a beer in the fruity or spicy category, like Belgian blonde or dark ale, or a wheat beer (Hefeweizen, Dunkelweizen or Weizenbock).

If you're a wine lover – you'll probably prefer beers which are tart or sour, like a fruit lambic, Berliner Weisse, Flanders Red or Saison.

Enjoy the festival, drink responsibly and get home happy.

The Jerusalem Beer Festival (Ir Habira) will take place Wednesday and Thursday, August 28 and 29, at Independence Park, starting at 6:00 p.m. each night.  The entrance fee is NIS 70 if you buy your ticket at the gate, but you can buy it online for NIS 65 or NIS 55 (for soldiers, National Service, students or Yerushalmi card holders) at https://www.jerusalembeer.com/en