The Lone Soldiers' Home in Beit Shemesh may soon be kept afloat on a sea of beer.

Gary Swickley, a veteran home-brewer who is on the board of the Lone Soldiers' Home, came up with the idea to raise funds by brewing and selling a specially branded beer inspired by the soldiers themselves.

"The 12 soldiers who live in our home really enjoyed my beer," says Swickley.  "So I thought, why not brew our own beer, sell it, and use the profits to provide the soldiers with more comfort and better leisure time activities."

According to the Israel Defense Forces, a lone soldier is one whose parent or parents are living abroad.  The soldiers may have made aliyah on their own, or their parents emigrated abroad, or their parents were sent abroad to represent Israel for more than half a year.

"In the case of Beit Shemesh, our boys have all come on aliyah from English-speaking countries," explains Stu Schrader, another member of the board who assists Swickley on the beer project.  "The home is Shabbat observant and maintains a kosher kitchen, but the soldiers come from a wide range of religious backgrounds.  The boys eat their Shabbat meals together or are invited to the homes of members of our community."
The soldiers were enthusiastic about the beer project, but facilities had to be found for brewing the commercial quantities they needed.  Swickley approached his beer guru Denny Neilson, whose Buster's Beverage Company makes beer, cider and hard lemonade in the nearby Moshav Nocham.

"Denny and his son Matt thought it was a great idea and were delighted to help us," says Swickley.  "They invited all of our soldiers to an evening at the brewery, where they received a hands-on introduction to brewing."

They decided on a beer which is a lighter version of the very popular India Pale Ale (IPA) style.  "We call it Israel Pale Ale," laughs Swickley.  "It's less hoppy than a regular IPA, with a mildly citrus taste and a smooth body.  We used classic IPA hops – Cascade, Centennial and Columbus – but in smaller quantities.  The alcohol by volume is 5-5½%."

After I tried the beer, I can attest to this description.  It pours out a hazy amber color with a thin white head.  The aroma is rather weak, with hints of citrus and malt.  You get a kick of bitterness with the first sip, leading to some fruity flavors – grapefruit and mango.  The finish is semi-bitter and short.

It certainly does not have the powerful hop aromas and tastes that we've come to expect from modern IPAs.  On the other hand, it will be appreciated by Israelis who are familiar only with our mass-brewed beers, and would like to try something different.

The first brewing was a batch of 1,500 bottles, with an attractive "Lone Soldier Beer" label and the tag line, "Our Draft is Your Draft."  (I find that a little off the mark, but I get the general idea.)

The beer is now being sold to synagogues and individuals in Beit Shemesh and all over Israel.  The marketing campaign also suggests that the bottles can be used in mishloach manot, the food parcels which people send to their friends and neighbors during the upcoming Purim holiday. 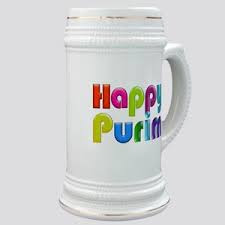 "The response has been phenomenal," enthuses Swickley.  "We sold hundreds of bottles even before we began to advertise in the community.  Synagogues are putting the beer along with a brochure that explains our project in the mishloach manot that they give out to their members.  Individual beer lovers and supporters of the IDF are also buying bottles."

Bottles of the beer cost NIS 20 each ("This is a little above the standard market price," explains Swickley, "but people know that the profits go to a good cause."), and six-packs are NIS 100.  Readers may order bottles of the beer online at: https://tinyurl.com/ya2e3e9d.  Pick-up locations have been arranged in several communities.

The profits from all sales of the beer will go towards maintaining and improving the facilities of the Beit Shemesh Lone Soldiers' Home, and moving ahead with plans to create a similar home for religious women lone soldiers.

"We try to make it as close to a real home as possible," says Stu Schrader.  "We have cable TV, computers and Wi-Fi, modern furnishings and a laundry room within the house.  Everything is under the supervision of a married couple who both served in the IDF.  They live in an adjoining apartment and are paid as counselors.  They are supported by a team of eager volunteers from the community.  We accompany our soldiers to army ceremonies and take them to and from the train station.  We really make them feel a part of our family." 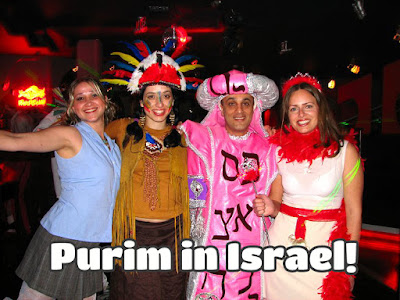 Founded in 2015 by a community committee, the Beit Shemesh Lone Soldiers' Home was originally assisted by the Lone Soldier Center in Jerusalem named in memory of Michael Levin, an American-born lone soldier who was killed in the Second Lebanon War.  It is now an independent non-profit organization, partially supported by public donations.
The Lone Soldier Beer project will certainly help this effort.  Although the Lone Soldiers' Home wasn't built by beer, it may very well have the privilege of being the first Israeli institution sustained by beer.

For more information on the home, contact them at LoneSoldiersHomeBS@gmail.com

[A similar version of this article is appearing
in The Jerusalem Post.]
Posted by Doug Greener at Tuesday, March 05, 2019