"Why does he only write about places in Machane Yehuda?" you may well be asking.  Well, I know there are restaurants and bars that have craft beers on tap in every city in Israel, and in some places that are much less than cities.  But I don't get to these locations very often, certainly not enough to do the kind of research that went into my previous posting and map.   [Read about the other establishments here and get the full pictorial map here.]

Jerusalem is my city, and Machane Yehuda is my stomping ground -- and from what I can see every week, it's also a major attraction for people from all over the country and foreign visitors as well.

Two new eateries and drinkeries in the Machane Yehuda market in Jerusalem have begun to sell Israeli craft beer on draft.  We'll eventually add these to our map of such locations, but in the meantime, here's the info about them.

(If you know of any other bars in Machane Yehuda which are selling Israeli craft beer on tap, and are not on my map, please let me know.) 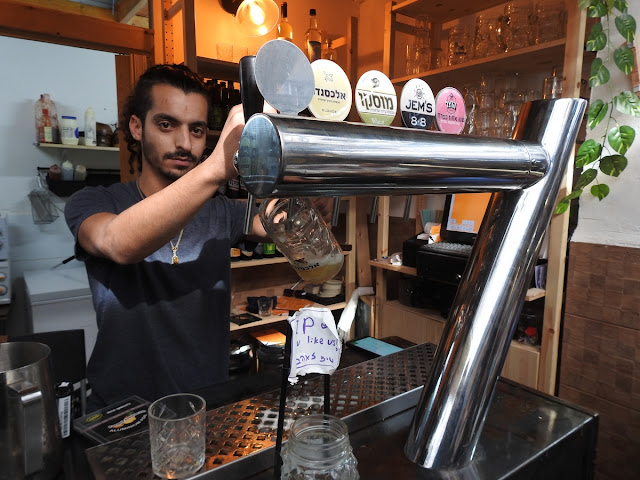 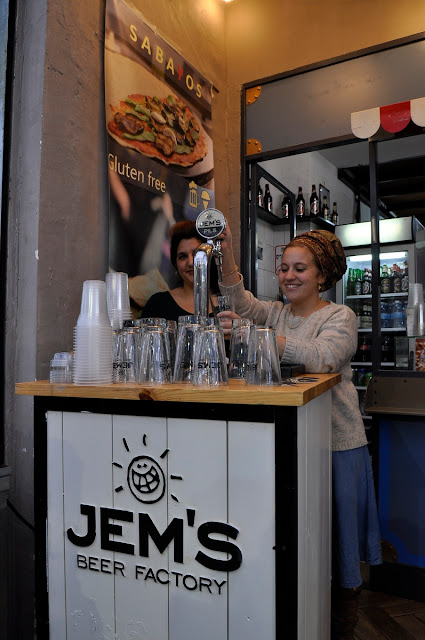