Scenes from the Jerusalem Beer Festival 2017 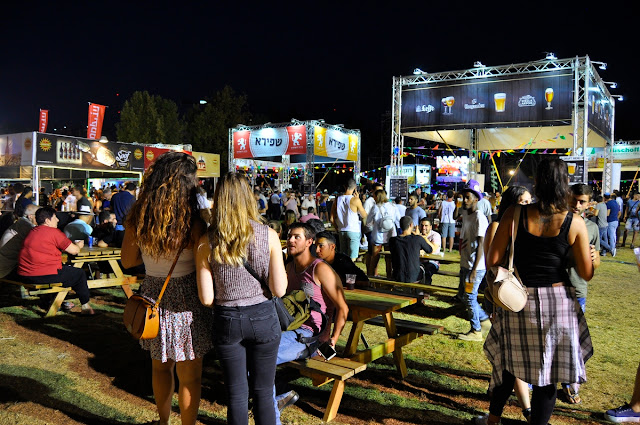 I have almost no notes from the Jerusalem Beer Festival -- Ir HaBira -- held a few months ago.  Since I'm always looking for the "new," there wasn't much to write about.  The "tried and true," however, was more than enough to have a good time.  I went with friends and fellow Israel Brews and Views judges just to enjoy the beer and the ambiance.  I even had the foresight, finally, to bring a sandwich from home rather than rely on the scant selection of vegetarian fare for sale at these beer festivals. 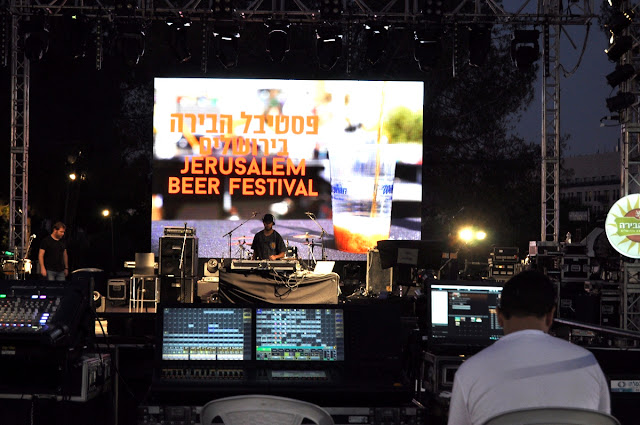 So, without much to write about, I'll use Mike Horton's photos to get us through the Ir HaBira Jerusalem Beer Festival. 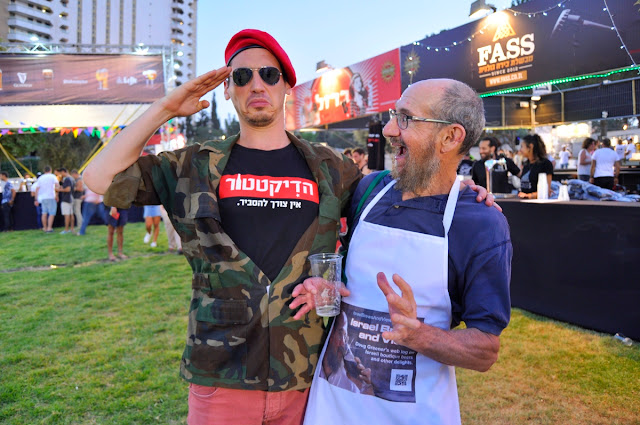 It's always fearsome to meet up with The Dictator.  He says he knows what's best for us, but I'm not so sure.  Well, at least he has an old/new beer coming to the market soon -- his Whisky Beer, a hearty, boozy brew just in time for the winter.  Look for it, and look for my two cents which shouldn't be too far behind. 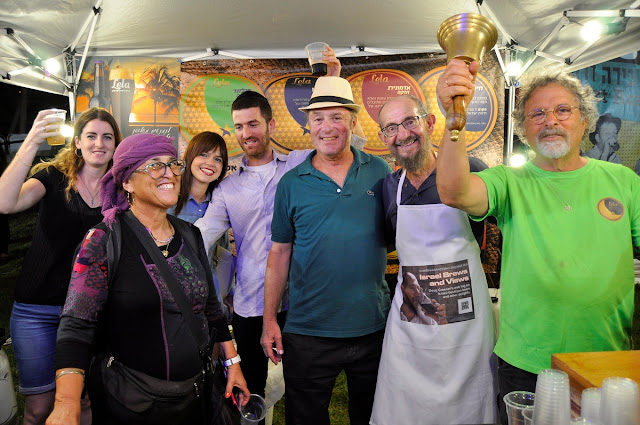 Every once and a while, Eli Bechar (far right) would ring the bell at his Lela Beer stand to shake things up -- and attract visitors.  It worked with us.  Here is part of the Israel Brews and Views entourage (from left): Esteemed Judge Shoshana Miskin Perez, Esteemed Judge Batya Medad, Rachel Lipshitz, Esteemed Judge Moshe Lipshitz, Esteemed Judge Yitzchak Miskin, and the old blogger himself.  Look out for two new Lela beers from Eli: Date Ale, brewed with date honey instead of grain, so it's suitable for those who want to avoid gluten (though it's also a rich and tasty beer on its own), and a "Gentle" Pilsner, a lighter version of an already light beer style. 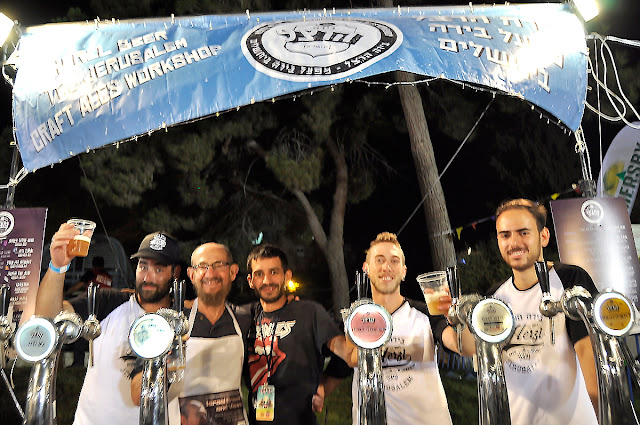 The Herzl Brewery stand, Jerusalem's only craft brewery, was also a popular place for congregating.  Owner and Brewmaster Maor Helfman (far left) was pumping all of his beers, including the always in demand Embargo, made with Cuban tobacco leaves.  That's the old blogger to the right of Maor, followed by Eli Giladi, the eternally young-looking and young at heart impresario of the Jerusalem Beer Festival, and the most helpful and welcoming host. 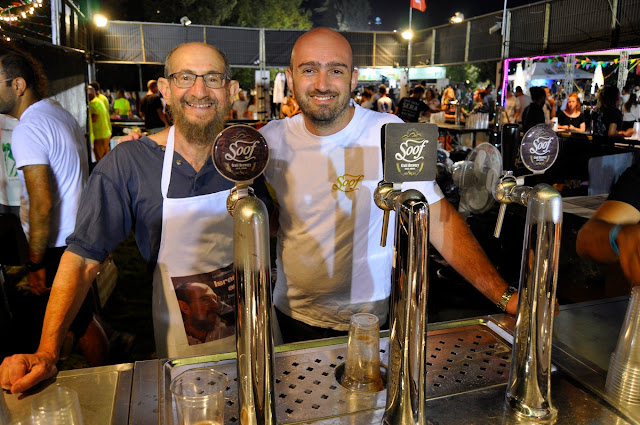 Not everybody at the festival was an old friend.  Here I am meeting Natan Arutiunov, owner of the Soof Brewery and the Mivshala (Brewery) Restaurant in Eilat.  Well, that makes sense since I don't get to Eilat very often and this was Natan's first time at the Jerusalem Beer Festival.  We tried three Soof beers: a Rye Lager brewed with honey and mint; an Amber Ale brewed with date honey; and a Smoky Brown Ale.  All different and all interesting, and a reason for me to get down to Eilat sometime and write about Natan's beers.  Thanks to the Soof Brewery, the craft beer flag waves all the way down on Israel's southern border.
Posted by Doug Greener at Thursday, November 09, 2017