Avrami the restaurant consultant spelled it out for me right away.  "There are two kinds of people who open eateries," he said.  "The business people, who then have to learn about food, and the chefs, who then have to learn about running a business.  I've worked with both, and Ephraim is definitely a chef and a brewer, but he is learning the business amazingly fast."
Avrami was talking about Ephraim Greenblatt who just opened Hatch in the Machane Yehuda market (26 Ha'egoz Street), where he sells his own beers and home-made sausages on home-baked buns with home-prepared toppings.

"I make everything on the menu," Greenblatt explains.  "I taught myself how to make wine and brew beer years ago, and more recently to cook and bake."

Greenblatt is that kind of rare autodidact who decides he wants to do something and then goes out and learns how to do it.  An article in The Jerusalem Post in February, for example, reported how Greenblatt and his wife Malka established a Montessori haredi pre-school in their Givat Hamivtar neighborhood because they wanted an educational framework that would provide a more enriching experience for their children. 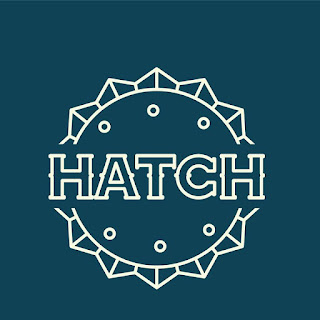 First they learned all they could about early childhood education, and then they opened up their school, which next month will have close to 40 children.  "What we did is not reasonable," Greenblatt was quoted as saying.  "We invested so much of our time and all our money."

Even the name represents, in his words, "the beginning of the creative process, the moment of creation, when you hatch a plan, hatch an idea."

Around a year-and-a-half ago, Greenblatt began to have open-houses every Thursday night where he received feedback on his home-brews and culinary creations.  These became very popular in his neighborhood, especially among American yeshiva students.

"I learned then that no matter how good your beer is, people move for food," he says.  "So when I began to think about opening my own taproom, I knew that there would have to be food on the menu, not just alcohol."

The opportunity came along when the space recently held by the Steam Bar in Machane Yehuda became available.  "The shuk is alive and vibrant," explained Greenblatt, using the Hebrew word for market.  "People come here looking for authentic experiences.  They want to eat 'real' food and drink 'real' beer."

Of course, Greenblatt would not sell anything he didn't make himself.  He admits to being "obsessive about the details" of the place; not just the beer and the food, but the appearance, the cleanliness, the placement of items, the arrangement of the kitchen and the beer kegs.

To get ready, he employed Avrami, the professional restaurant consultant, for the first month of building and serving.

"But all my neighbors also stepped forward to help me," he exclaims.  "I have at least three 'fathers' in nearby stores who have taken me under their wings.  'You think you're tired now?' one of them asked me.  'Come back in 52 years, like I've been here, and let's see what you have to say!'"

Since his soft opening a couple of weeks ago, Greenblatt has seen signs of encouragement.

"First of all, there are people who have come back three or four times, which is great.  This includes my fellow home-brewers and commercial brewers, whose opinions are very valuable to me.

"Then there are the passers-by who stop in, order a glass of beer, and then call their friends to come and join them.  Things like this validate my decision to open here."

Hatch has up to eight of beers on tap at any one time, but the list changes almost every day.  Greenblatt is one of the most perfectionist home-brewers I know, and he is constantly brewing new beers.  When I was there, the list included two American Pale Ales, an Irish Red, Coffee Stout, Amber Ale, Double IPA (very strong with hop bitterness), Berliner Weiss (a style in the sour beer family rarely made in Israel and hardly imported), and a Belgian Single (rarely brewed outside of monasteries, where it is made only for the monks).
Not only is this one of the most varied taplists I have seen in Israel, but all of the beers attest to Greenblatt's skill, courage and innovation as a brewer.

A third-of-a-liter glass costs NIS 20, but this may go up after the running-in period.

Greenblatt was also serving four of his home-made sausages on buns, each with its own unique relish combination.  There was a weisswurst (made with parsley and lemon zest), The Philly (served with a parve cheesesteak topping of nutritional yeast and cashew nuts), the Po Boy (based on the Sloppy Joe styles of sandwiches created in New Orleans), and a mushroom sausage with shitaki.  A sausage on a bun with "the works" costs NIS 25.

As a vegetarian, I did not taste these, but the other customers seemed to be enjoying every bite, "with relish."  Greenblatt said that he is not ignoring customers who do not eat animals, and is working on a recipe for a veggie sausage.  He also plans on adding unique cocktails to his menu.
Greenblatt sums up his philosophy for Hatch as he does for all of his ventures: "The people who make the better call all the time – meaning who don't cut corners and try to achieve excellence – make the better profit all the time.  Customers will see your commitment and realize how this effects the product – which in my case is beer and sausage!"

If you're looking for excellence in beer, you now have a new place in Machane Yehuda to find it.


Hatch is open every day from 1:00 p.m. until midnight, Fridays from 10:30 a.m. until two hours before Shabbat, and Saturdays from one hour after Shabbat.

A similar version of this article originally appeared in The Jerusalem Post.
Posted by Doug Greener at Sunday, August 27, 2017