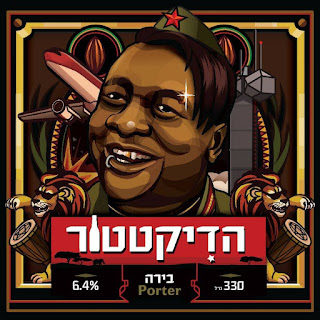 It's a shame you can't go out a buy a bottle.  There are a few fine Israeli stouts out there, but nothing quite like Touching Darkness.
Posted by Doug Greener at Thursday, April 20, 2017