Taking it on the road, again

Your old blogger was recently called out of his comfort zone once again to bring the message of Israeli craft beer to two different audiences. 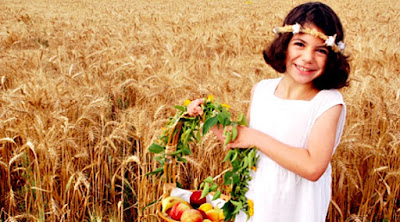 In the framework of a late night study session during the Shavuot holiday, I spoke to members of several liberal synagogues in Modi'in on the history and customs of beer brewing in the Middle East, from ancient times until today's craft breweries.  In fact, it was a Hebrew version of a lecture I've given several times. (Read about it here.)

Shavuot is the Jewish holiday marking the start of the wheat harvest and the Revelation on Mt. Sinai.  Because of the holiday's restrictions on some forms of work, I used color posters instead of slides.

I'm happy to report that it was very well received, and some of the audience might have enjoyed my lecture as much as they did the beer tastings which followed.  We tasted three craft styles: Wheat (Emek Ha'ela Bavarian Wheat and Mosco Wheat), India Pale Ale (Herzl IPA v'Zeh and Shapiro Citra 2016), and Stout (Jem's Stout and Lela Stout).

Earlier I was asked to organize and run a seminar on Israeli craft brewing for participants in the Dorot Fellowships in Israel.

These are American Jews, aged 20-something, who are brought to Israel for a year to work and study.  Where they work as volunteer interns and what they study can be pretty much where their hearts take them.  The Dorot Fellowships foots the bill.

According to Ben Bennett, a member of the group and one of the organizers in Israel, they also have to attend a number of activities and lectures while they're here.  One of these was a Food 'n Booze day -- and that was where the old blogger was called in.

For the panel, I invited Jeremy Welfeld of Jem's Beer Factory in Petach Tikva, Bryan Meadan of the Meadan Brewery (gluten-free and kosher-for-Passover beer) in Carmiel, and home-brewer Kevin Unger of Gecko Beer in Beit Shemesh.  They were all kind enough to agree, and Kevin even offered his home as the venue.

After my introductory historical remarks, the panel discussed the nitty-gritty of starting and running a craft brewery in Israel.  That was exactly what the Dorot Fellows wanted to hear.

How do you deal with the government bureaucracy and regulations?  Taxation?  Kashrut supervision?  Changing the beer culture in Israel?  Importing ingredients?

Well, you get the picture.  These Fellows wanted to hear it all, straight from the trenches of running a craft brewery in Israel.  And the panelists obliged, no punches pulled.

Of course, at every opportunity Jeremy also did what he loves best: Exhort the Fellows to come live in Israel.  "This is the place for you to be," he exclaimed.  "Craft beer unites all of Am Yisrael (the People of Israel) under one roof."

While the panel was discussing craft beers, everybody was also drinking them.  We tasted around nine beers brewed by the panelists, and somewhere along the way we turned into one happy family.  The Fellows showed that their interest in beer equaled their interest in business.  A very good crowd, as they say in show biz.

So, three cheers and a hearty "L'chaim" to the Dorot Fellowship program for introducing their charges to Israeli craft beer in such an original and thought-provoking setting; and to Jeremy, Bryan and Kevin for sharing their knowledge and their beer with a very appreciative audience.

And thanks also to the Achva Masorati Congregation in Modi'in for putting craft beer on their Shavuot curriculum and for giving the old blogger such a bully pulpit.
Posted by Doug Greener at Tuesday, June 14, 2016