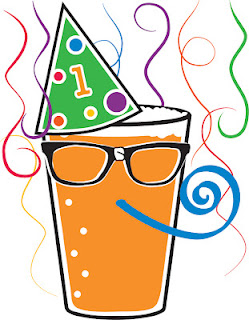 By Israeli standards, it's still very early in the year to begin talking about this summer's beer festivals.  People in Europe and America are scheduling their Christmas vacations, and we here are casually waiting a few more months before even beginning to think about the summer.

However, for those of you who relish the expectation of drinking craft beer in the company of hundreds of other mellowed-out beer lovers, 'neath the summer night sky, with good food and cool music surrounding you, this is the information that is now available.

Jerusalem Beer Festival - "Ir Habira" -- The 12th Jerusalem Beer Festival will be held in Independence Park (Gan Ha'atzmaut) on Wednesday, August 31 and Thursday, September 1. So reports organizer/producer Eli Giladi.  I may be Jerusalem-positive prejudiced, but these are always beautiful affairs, capturing the right amounts of beer, food and atmosphere.

An open question, and one that Eli still had no answer for, is whether or not there will be tables for home-brewers.  I found these to be one of most enjoyable aspects of the festival when they were there two years ago, and was disappointed when they weren't last year.  True, the tables were mobbed, since all the beer was being poured for free(!), but it was indeed a pleasure to meet those home-brewers and taste some of their very innovative beers.

The other as yet unknown is where the award ceremony for the Sam Adams Longshot home-brewing competition will be held.  It will either be at the Jerusalem Beer Festival or the one in Tel Aviv, BEERS 2016.  I'll bring you more information when I know. 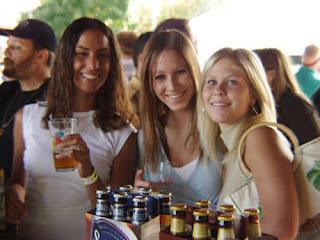 This is all I know at this point because Studio Ben-Ami in Tel Aviv, the organizer of the BEERS Exhibits, remains tight-lipped on all information, even if it will give them free publicity.  "It's still four months away," they said.  "What's your hurry?"


Beer City Festival in Haifa -- Polina Charnovelsky from the "Cooperation" Office in the Cultural Department of the Haifa Municipality, says that no date or place has yet been decided.  She will let me know. 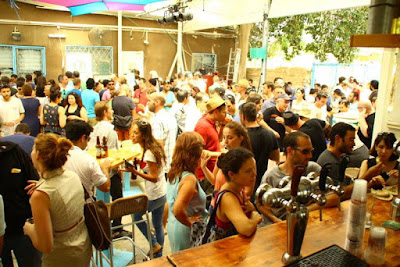 Beer 7 Fest -- Getting a jump on the festival season once again, the Beer 7 (Sheva) Fest will be held on Friday, June 17, opening at 12 noon at HaChalutz 33, which is both the name of the restaurant and the address in Beersheva.  Main organizer Gilad Ne-Eman promises that at least nine local (read "southern") brewers, including some first-timers, will be pouring their wares.  Entry costs 35 shekels (which includes a glass), and tastes are five shekels each.

The Beer 7 Fest is sponsored by the Home-Brewers Guild of Beersheva and the Brew Shop, an on-line supplier of equipment, ingredients and courses for home-brewing.

Ashdod Beer Festival -- No date yet for this newcomer to summer beer festivals, but Cheli from the Ashdod municipal tourism office assured me that there will be one.  We'll have to wait at least another month to find out the dates.  If you're impatient, try calling Cheli yourself at 08-854-5141.

Mateh Yehuda Rustic Beer Festival -- Chani Ben-Yehuda, who is responsible for festivals and events at the Tzlilei Hakesem company, which organizers these events, told me that there is still no decision made on the date -- or even if there will be a festival this summer.  It's been several years since the Mateh Yehuda regional council held a summer beer festival, and it doesn't look as if they'll get their act together again.  That strikes me as a real shame, but there should be quite enough beer festivals this summer to keep us all satisfied.
Posted by Doug Greener at Sunday, May 29, 2016