It's already summer and the beer festivals cannot be far behind.  Eli Giladi, the energetic producer of the 11th Jerusalem Beer Festival, which will be held August 26-27 in Gan Atzmaut (Independence Park), has given me more details.


There will be over 150 beers to try at this year's festival, craft beers and mega-brewery beers from Israel, and imported beers from around the world.  The entrance fee to the festival is 35 to 45 shekels, which does not include the beer tasting.

Brewed-in-Israel Tuborg Beer will be a sponsor, and the famous Tuborg Bus will be on hand, with a 2nd-floor bar.  This bus is very expensive to operate; it appears at only very few events around Israel.

On the first evening, Wednesday, August 26, the Sam Adams Longshot home-brewing competition will take place at the festival.  Visitors will have a chance to taste free samples of beer from home-brewers.  This is a very enjoyable event at the festival and I highly recommend that you come on this night (even though I know that Thursday is  more popular because most people can sleep late on Friday).  Try to come early because the home-brewers run out of their beers fairly quickly.  I mean, how long can free beer last?

There will be live musical entertainment by Jerusalem performers, including Hadag Nachash.  There will be a fair of T Market fashion products and accessories at specially discounted prices.

After 11:00 pm, when the festival ends, 25 bars in Jerusalem will offer discounts on drinks and food.  I guess this is so you can continue eating and drinking after you leave the festival. 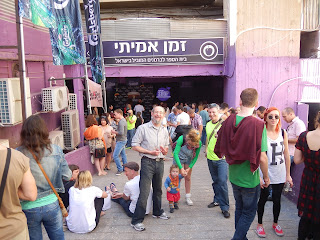 At the end of the day, I had a wonderful time at Zman Amiti, tasting the very different beers of these small breweries.  They are the ones that are experimenting with beer styles and flavor profiles, utilizing different ingredients and combinations, to take beer in new directions.  Most attempts end in failure, but the successes are what all of us are waiting for.
Posted by Doug Greener at Thursday, June 25, 2015 1 comment: 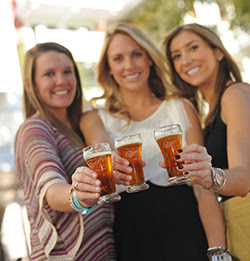 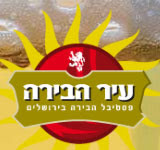 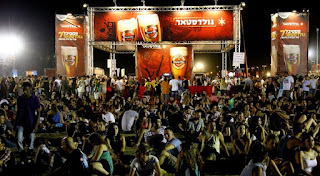