Talman -- the friendly face of brewing

An American beer journalist once wrote that the craft beer industry in the U.S. is "99% asshole-free."

I get the feeling that's also true in Israel.  I have found that brewers here are pretty free of jealousy and animosity towards their competitors.  In fact, they would probably hesitate to even use the word "competitors," viewing other brewers instead as "friends" and "colleagues."

Avinoam Talman must be one of the nicest of this friendly group.

I met Avinoam and his wife Shiri at the wonderful Bardak pub in Jerusalem.  They had come up from their home in Jaffa especially to talk with me -- and to give me some of his beer.

"I went commercial with my Old Ale in January after it was so well received by my family and friends," Talman told me.  He believes his beer is popular because he takes the middle road and avoids extremes in taste.  "We worked on the original recipe for about a year before we went commercial.  A frequent comment from customers is, 'My wife likes it.'  And the wives normally don't like beer!" 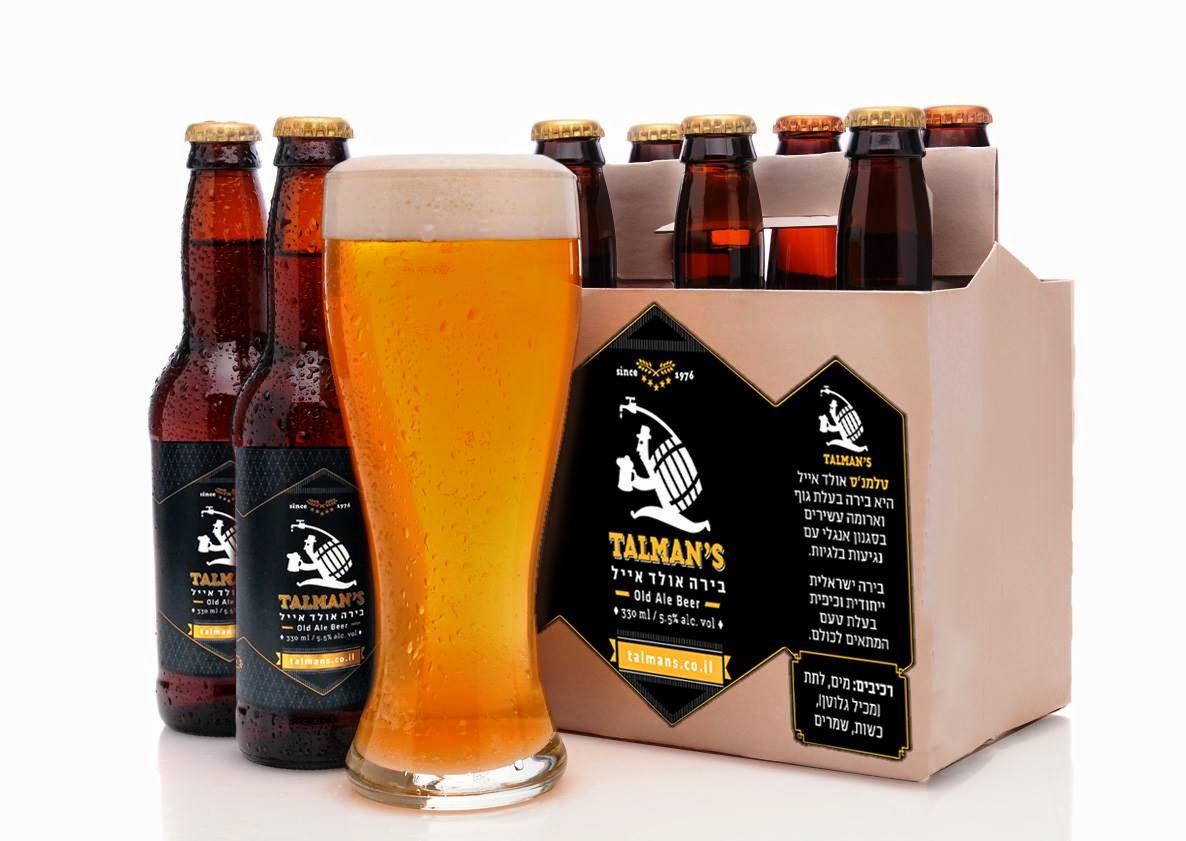 Talman describes his Old Ale as, "close to a bitter, but more malty and sweet.  Alcohol content is 5.5% and the bitterness level is a moderate 20 IBUs."  The Old Ale is fermented five to six weeks before bottling.  Talman makes his Old Ale at the Mivshelet Ha'am contract brewery in Even Yehuda, brewing batches of 200 liters about once a month.

As a style, old ale originated in England as a dark, malty beer, which was aged somewhat and usually underwent a secondary fermentation.  It was called "old" because it was matured for a longer time than the mild ales which were also available.

Talman has done a good job in marketing his beer, with a very professional label and packaging and an active presence on Facebook and at beer fairs and festivals.  His beer is on sale in Tel Aviv at Beer & Beyond, Beer Market, Beer Bazaar and Eretz Ir, in Ramat Gan at Yenot ve'Teamim, and in Givatayim at the Urban Garden.  When is it coming to Jerusalem, I wonder?

A lot of his marketing is aimed at educating the Israeli public about beer.  "It's actually better that the level of beer knowledge is low," he says, "because it's easier to educate the uneducated than to educate the already educated."

While his beer business grows, Talman is keeping his day job: Selling hydroponic equipment to farmers.

"Our products are at the cutting edge of 21st century technology," he says, "feeding plants custom-designed nutrients without electricity.  The plants themselves decide when they want to drink."

Come to think of it, that's what his beer customers do. .
Posted by Doug Greener at Wednesday, November 19, 2014