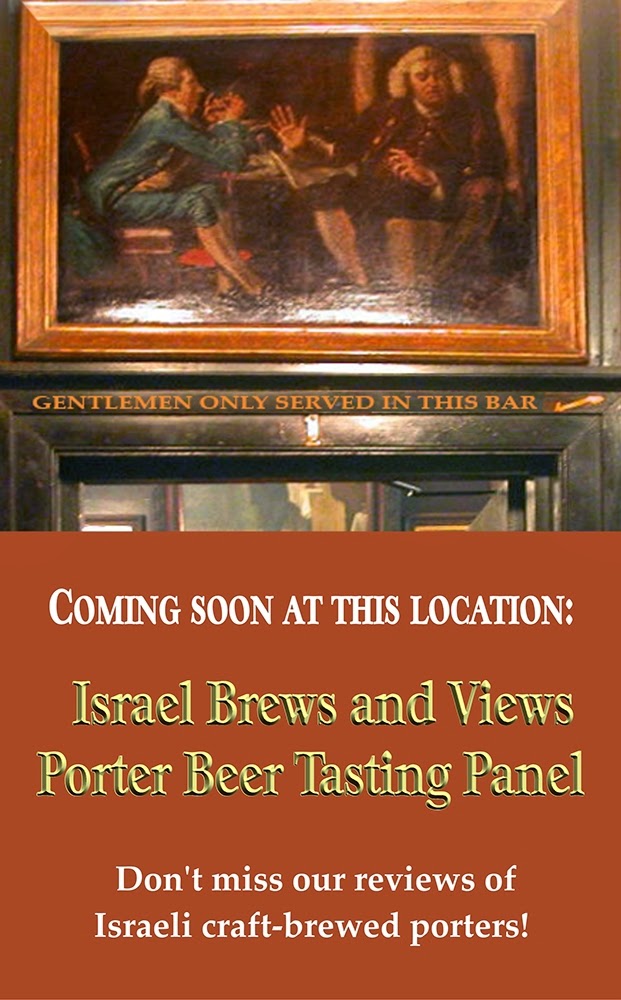 Stay tuned for the next Israel Brews and Views Beer Tasting Panel.  This time we are uncapping seven Israeli-brewed porters.  Porter is an English dark ale, somewhere between brown ale and stout.  It has nice non-roasted malt flavor, slightly sweet and low on the hops.

Beer historians say it is older than its cousin stout.  Porter became popular in London in the late 18th century, when the public wanted a full-flavored and heartier beer than the pale ales being served in pubs.  It quickly became the favorite of the city's porters and hence its name.  Stronger porters made with roasted barley were called "stout porters" and eventually, just "stouts."

Today, I would say, stout is a more popular beer style around the world.  We considered doing a tasting panel on stouts -- and we will, eventually.  But Israeli craft brewers make 15-20 stouts, far too many for a single panel.  So we decided to start with porters.  I believe we got all the major ones made in Israel.

If you're not yet a subscriber, sign up now so as not to miss the results.  Just type your e-mail in the little box in the right-hand column where it says, "Sign up for updates" and press "Submit."

See how they rank.  Read how they taste.  Keep it right here -- at Israel Brews and Views.