My search for comfortable watering holes in Jerusalem -- especially those which feature Israeli craft beers -- led me to the Tel Aviv Kitchen & Bar at 2 Ben-Shetach Street. 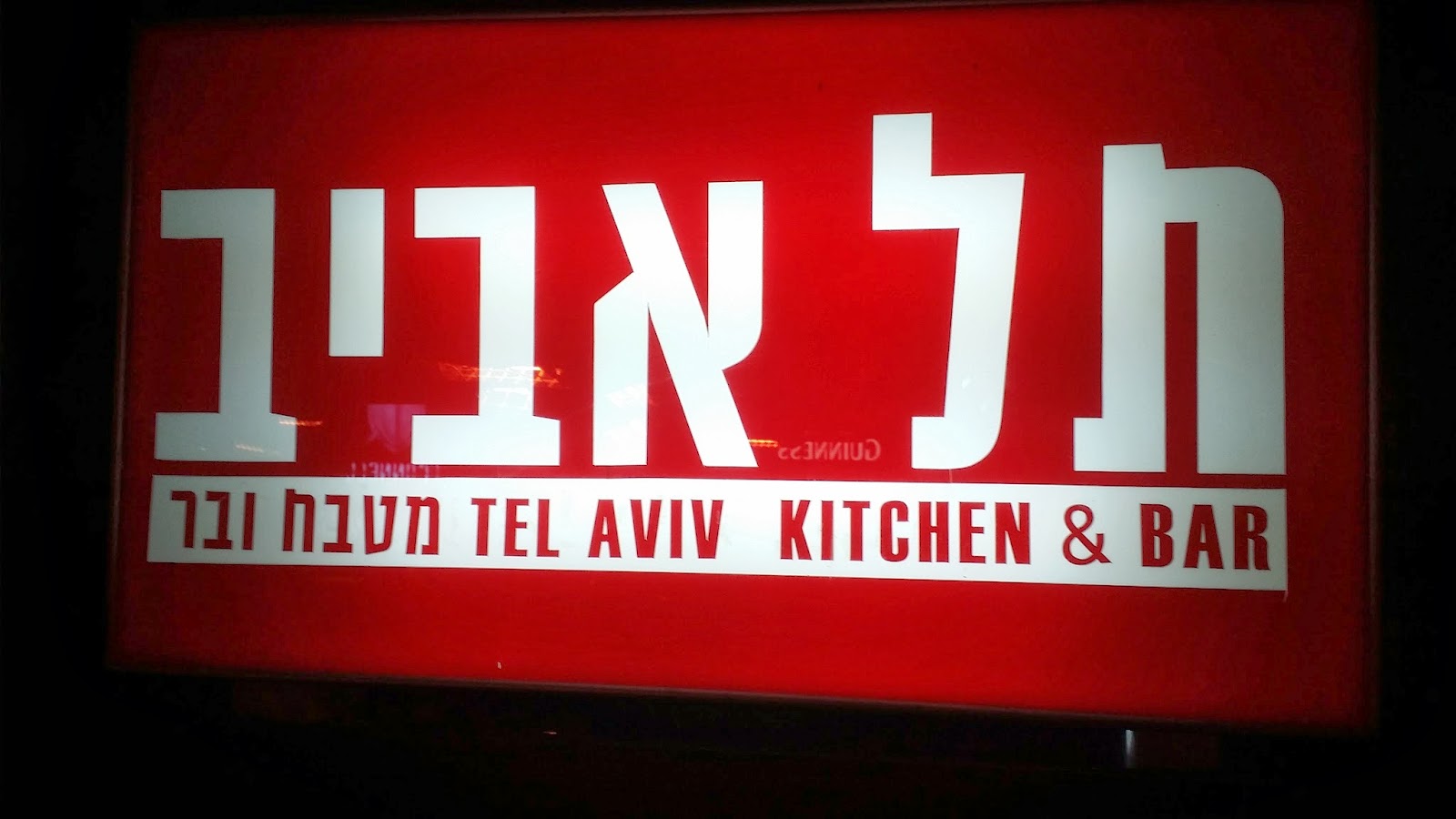 It's a dark and cozy place; a few tables and a bar inside, a few tables outside.  "We were the first ones to put tables on Ben-Shetach Street," says co-owner Gilad Levy.  That was about six years ago, soon after the restaurant opened.

"We wanted a place where students and young Jerusalemites could come and feel at home, with familiar food and good drinks," Gilad continues.  "We also wanted to keep the prices lower than the surrounding bars and restaurants so that students would be attracted.  My partner Itai Alter and I weren't much older than students at the time and we understood their situation."

Gilad calls their kitchen "American-style," which I guess is because the menu is top-heavy with hamburgers.  In fact, hamburgers and beer are why you come to the Tel Aviv Kitchen & Bar.  There are eight different kinds of hamburgers available in four different sizes -- plus a very delicious veggie burger for those who prefer not to chew cow.  There are also a few salads and all the side dishes you would expect in a burger restaurant.

The Israeli beers on tap are plain and unfiltered Goldstar and Shapiro Stout (24-28 shekels for an "Israeli pint").  In bottled beer, there are the three kinds of Herzl, Shapiro Pale Ale, Malka Blond, and Negev Oasis and Passion Fruit.  Prices range from 26 to 30 shekels.

There is also a lovely selection of imported bottled beer, mostly Belgian strong blond ales, but also Monster Ale from Brooklyn and Fuller's IPA from England, which is definitely worth a taste.  Prices for these bottles are 26 to 33 shekels.

The Tel Aviv Kitchen & Bar in Jerusalem is the place for a night out with familiar pub food and a good choice of Israeli craft beers.