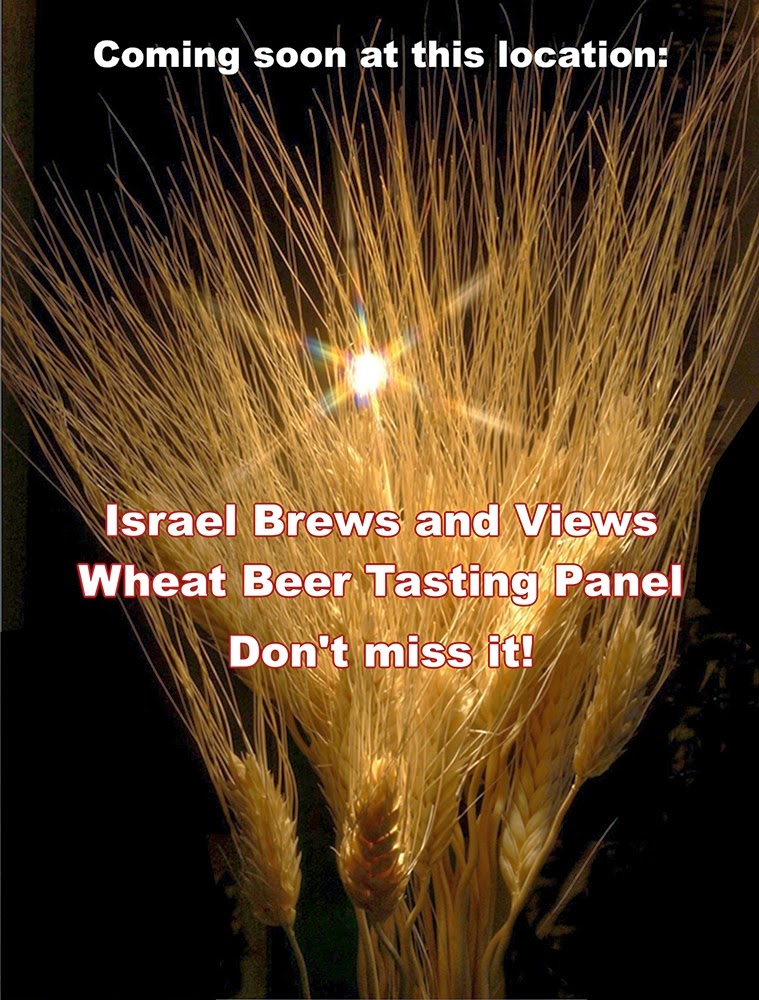 Another great Israel Brews and Views tasting panel will be held this week.  Your favorite gang of beer tasters will be commenting on and ranking Israeli wheat beers -- also known as hefeweizen and weissbiers -- made with malted wheat replacing a good part of the barley.

These light-bodied ales are cloudy, highly carbonated and not very bitter.  They generally have low alcoholic content and may be graced wth citrusy and spicy flavors.

Just from eyeballing the shelves, I get the impression that more Israeli craft breweries brew a wheat beer than any other style.

We count around 20 Israeli wheat beers out there.  If we tasted them all in one sitting, you would have to carry the judges home in plastic bags.  So we're picking a nice variety of about eight beers from a representative cross section of Israeli craft breweries.

If you're not yet a subscriber, sign up now so as not to miss it.  Just type your e-mail in the little box in the right-hand column where it says, "Sign up for updates" and press "Submit."

You want to be here for the final verdicts.
Posted by Doug Greener at Monday, March 31, 2014