There's no doubt about it – summer is beer-drinking time.  A tall, ice-cold beer is perfect when you're kicking back on a hot day, watching television, or having a meal.


Save the darker, heavier, more alcoholic beers for the colder times.  In the heat, choose a beer that's light and refreshing and preferably low in alcohol so that you can have more than one without getting plastered.  Many people seek out a beer that's "crisp," a description that's hard to define, but you know it when you drink it. 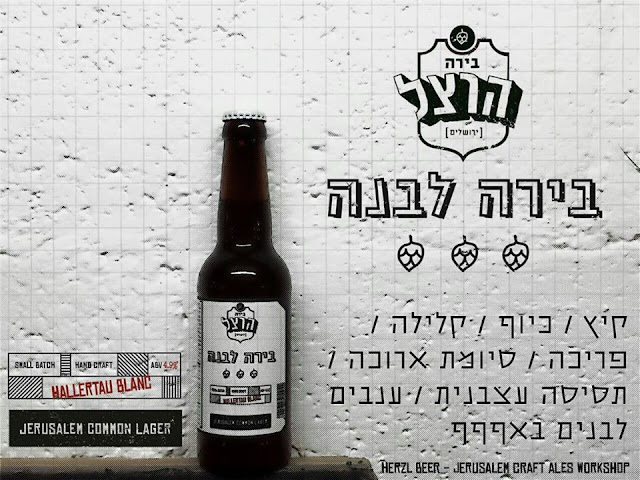 With this in mind, I tried a bottle of the new White Beer ("Bira Levana") from Herzl Brewery in Jerusalem.

The first thing you notice on the simple black-and-white label are the English words, "Hallertau Blanc" and "Jerusalem Common Beer."  What does this mean?

Hallertau Blanc is a newly cultivated variety of hops from Bavaria in Germany which add aroma and flavor (as opposed to bitterness) to the beer.  Beer mavens say that these aroma and flavor "profiles" include white grapes, pineapple, passion fruit, gooseberry and other fruits. 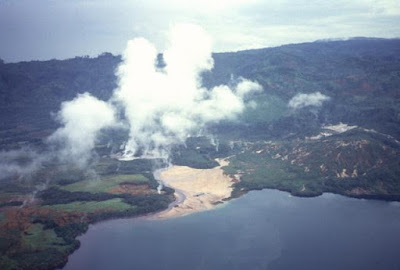 Next, the term "Jerusalem common beer."  This is taken from "California common beer," also known as "California steam beer," which harks back to San Francisco in the wide-open mid-19th century.  The local brewers had lager yeast, which ferments at low temperatures, but no way to bring the temperature of the wort (the pre-fermented liquid) that low.  Remember: no ice and no refrigeration.

What did they do?  They forced the yeast to ferment at a higher temperature than the tiny fungi would have liked.  The result was a hybrid beer, neither ale nor lager, but with attributes of both.  It became popular as a low priced beer for the toiling masses.  It was called "steam beer" probably because of the clouds of steam which hovered over the open fermentation vats.

Herzl Brewery has recreated this style by putting lager yeast into wort that's a hot 21 degrees centigrade (70 degrees Fahrenheit).  According to Herzl partner Maor Helfman, this is like putting a truck engine onto a Vespa scooter.  "Our White Beer is fuller-bodied than the typical lager, with a stronger smell of yeast," he says.  "It combines the refreshing qualities of a lager with the more complex tastes of an ale.  It's very compatible to our climate here in the Middle East."

Herzl White Beer pours out a clear golden color with a strong aroma of hops, yeast, grass and flowers.  The taste is mid-bitter with some light citrus.  My drinking partner called it "hop punch" – which is a pretty good description.  It has a medium body and a dry and bitter finish.  At 4.9% alcohol by volume, this is a very easy drinking beer, and perfect for the summer. 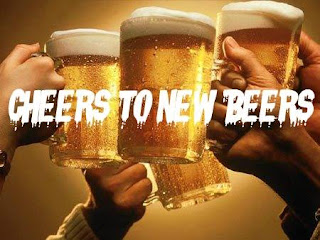 My sinuses are not so well developed to detect the "ripe white grapes" as it says on the label – but there was another intriguing taste from the Hallertau Blanc.  Hops, it seems, are in the same plant family as cannabis, which includes marijuana.  Maybe it was our imagination, but we were able to detect the distinct taste of pot in this beer.

"No way," laughed Maor, when I told him this.  "You were tasting the hops.  Unfortunately, we run a very legal brewery."

Bottles of Herzl White Beer are available in stores wherever Herzl Beer is sold.  You should really try a bottle this summer.  And make sure your taste buds stay open-minded.
Posted by Doug Greener at Tuesday, July 21, 2015