Kosher for Passover beer? -- Maybe for next year.

Passover, the joyous festival of spring and redemption, casts an ominous cloud over beer lovers who keep the dietary laws.  For beer, that delicious potion which depends on the fermentation of barley or wheat, is the granddaddy of chametz, leavened grain, which is strictly forbidden for the seven (or eight) days of Passover.

But what if there could be a beer that is Kosher for Passover?  Ah, not only would it sell like hot matza around the world, but the Jews would have light and gladness, joy and feasting.

If it were up to Bryan Meadan of Har Halutz near Carmiel, we would all be enjoying Kosher for Passover beer by next Passover.

Born in Montreal, Bryan spent some time in southern California before immigrating to Israel in 1982.  He is married with one son and three daughters.  He works as a computer programmer, building websites and doing consulting, most recently for his own company, Cyber Steps.

But our story starts when Bryan was diagnosed with celiac disease eight years ago.  This is an immune response to gluten -- a substance found in wheat, barley, rye and other grains -- which can cause serious damage to the intestine.

Bryan was able to find adequate substitutes for breads, pastries and pastas -- but the thing he missed the most was beer.

"I love beer," he declares, "and the very few gluten-free beers available in Israel were all imported, expensive and not very good."

So he did what any beer lover would do: he started to brew his own.

Bryan worked with buckwheat (koosemet in Hebrew), a grain which does not contain gluten.  After a period of experimentation (including using quinoa and honey), he developed a recipe which satisfied his own demands for beer.

"We use buckwheat and silan (date syrup)," he explains, "and lots of hops.  The result is a gluten-free beer that I love."

Apparently, other beer drinkers -- and not only celiac patients -- loved the beer as well.  Bryan began selling the beer, and eventually moved his brewing to the Mivshelet Ha'am shared facility in Even Yehuda..

"We malt our own organic buckwheat," Bryan says, "which takes around two weeks to make enough for a batch of 200 liters of beer.  We can't make enough beer to meet the demand."  Today, Meadan Gluten-Free Buckwheat Malt Ale is sold in several restaurants and stores in the Galilee and the Central Region, and in Olam HaTeva near the Machane Yehuda market in Jerusalem.

I tried the beer and found it had a very hoppy aroma (which I like), and a gentle bitter aftertaste.  Not being used to the flavor of malted buckwheat, my first impressions were of bitterness without the "taste" of beer.  I can understand where some beer drinkers would find this a bit of a hurdle.  Still, Meadan Beer has its own unique style which would appeal to people who appreciate strong hops with a very malty taste.

By now, you're probably asking: "What does this have to do with Kosher for Passover beer?"

The thing is, the same qualities which make a beer gluten-free have the potential for making it Kosher for Passover. 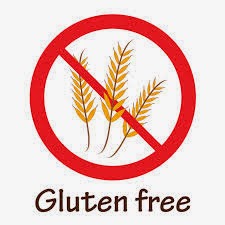 The rabbis have decided that only fermentation in the following grains can make food chametz, or unfit for Passover: Wheat, barley, rye, spelt and oats.  And these are the same grains which contain gluten!  (Note: Even though oats are inherently gluten-free, they are usually contaminated with wheat gluten during growing and processing.)

Therefore, if a food item is gluten free, it probably cannot be chametz, and is therefore Kosher for Passover.

"Not so fast there," Bryan warns me.  "There are other factors as well.

"In the first place, even though buckwheat cannot become chametz, it is considered a legume (kitniya), which means that many Ashkenazi Jews do not eat it on Passover.  There is also the problem that my beer looks like any other beer, and the rabbis may withhold certification because: 'People will see observant Jews drinking Meadan beer on Passover and think it's okay to drink any beer.'

"But the biggest obstacle," continues Bryan, "is that I need a brewing facility which is free from any wheat and barley in order to get Kosher for Passover certification.  The Mivshelet Ha'am facility, where I brew now, certainly does not qualify.  There is no alternative: I have to open my own brewery."

Bryan has crunched some numbers and believes that demand for Kosher for Passover beer would be huge.  "Our own poll shows that some 40% of Israelis would drink Kosher for Passover beer if it were available.  For one week a year, we will be the only beer on the shelf.  Even people who don't care about the kashrut will drink it -- and they will continue to buy it year-round because it's good beer.  The export potential to major Jewish centers is also there." 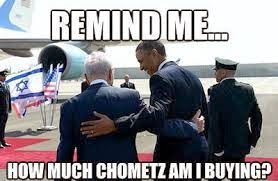 But everything depends on Bryan getting his own brewing facility.  "I am looking for investors who will also be able to work as partners.  Not only will our own facility enable us to approach the Kosher for Passover market, but we will also be able to meet the daily demand for a quality gluten-free, celiac-friendly beer.  Believe me, most people who are limited to drinking gluten-free brews rarely get the opportunity to taste something like this."

If you are in a position to join Bryan in this amazing business adventure, or if you know someone who is, you can contact him through his website: www.meadan.com/

Who knows?  If Bryan is able to achieve his dream, beers lovers at this time next year will be looking forward to Passover with glee rather than trepidation.
Posted by Doug Greener at Wednesday, April 16, 2014